Speak encouragement over your spouse. You will see that this will grow and strengthen your marriage.

Taking time to celebrate us and our “woness” is something we live to do. So yesterday, we had an opportunity for an outing and we took advantage of it.

We really didn’t make any plans and neither of us were feeling something extravagant, so we just went on an impromptu lunch date.

Great company, fun conversation and time in each other’s gaze was all we needed to invest in our relationship bank.

The cards, chocolates, heart pillows and teddy bears are fine. But all this should be an expression of what has been going on throughout the year. In other words, the Valentines kindness should be an overflow of the sacrificial, selfless love that characterizes a healthy marriage.

So today, let your gifts be not a high point of your union but a reminder of the love that daily makes your “woness” special.

Find ways to serve one another. Don’t wait for your spouse to ask you for something that obviously needs to be done.

As I was sitting contemplating about some things that were stressing me out, I was somewhat oblivious to my surroundings. I was so deep entrenched in my anxious thoughts, that I didn’t realize that my wife, had called my name three times.

She then asked me what was wrong but I told her nothing. Now, I don’t know if it’s because we’ve been married 24 years, but she knew I was lying! So she asked me again, and again I just kind of shrugged off the question.
She then turned back to her book and became quiet.

This quietness lasted for most of the night and then she simply got up and went to the bedroom. I thought she’d be back in a few minutes but after about twenty minutes I was still alone in the living room. This sometimes happens when we’ve had a disagreement. But I knew this was different.

So I make my way to the bedroom thinking about whether I should just leave it alone or ask her what was up? Clearing my throat, I asked her why didn’t she tell me she was going to bed as she usually does. Her response was that she felt that I did not want to be bothered.

I then felt compelled to share some of my anxieties and concerns. She let me know that in all that time that I was concerned and worried about things which were temporal, I deprived her of the thing that she looks forward the most. And in a clueless manner, I asked her what was that? She proceeded to tell me “You!” Wow! She was right.

Although as men, we are supposed to be protectors and providers, as husbands we must never forget that our first priority is to love our spouse. And in loving, all the other areas of “woness” will never be sacrificed.

It is common to think about resolutions as we celebrate a new year. Whether it’s a new diet, a work out program, an organization plan for our hones or a goal for work, we often usher in the new year with such promises. Some people also purge old clothes from their closets.

However, as 2020 ended, resolutions were probably not on high list of priorities as much as just a simple wish for a better year!

Nevertheless, in light of a new year, I wondered whether married couples use this concept to improve their “woness.” And honestly, if we really think hard, we can all work on throwing away some things that don’t really serve to strengthen a marriage. Things like pride, sarcasm and anger. And as we turn our backs on different degrees of these old ways, let’s ring in a new year by allowing our interactions with our loved one be characterized by grace, humbleness, gentleness and patience.

What are some new things that you could do to improve and strengthen your marriage?

As I recently celebrated another birthday, I’ve contemplated a lot on what the day actually meant to me. This is because I was celebrating more than just the day of my birth. I was also celebrating the one year anniversary of my prostatectomy procedure and the fact that my dear wife made me go get a physical, which led to my #prostatecancer diagnosis. I celebrated not only my birth but also my wife’s commitment to #insicknessandhealth. Her commitment to “woness.”

This month is also #prostatecancerawarenessmonth, which reminds me that I am now part of a brotherhood of men who fight and have fought this highly treatable yet terrible disease.

Yes, this birthday was like no other. It was definitely a celebration of life in more ways than one. Probably my most important birthday!

People who know us well, know that I’m an extrovert and my wife is an introvert. I require longer periods of socializing whereas my dear wife, contrary to popular belief, does like social interaction, but has to have it in spurts and needs time to decompress after long periods of socializing.
So how do we, as polar opposites on the socializing scale, make our marriage work during this time of quarantine? This also applies to couples who don’t normally spend a great part of their day together. I offer a few suggestions:

Respecting one another’s differences is important at any time but when you’re in lockdown mode it’s extremely important. I have to be aware of not “suffocating” my spouse and she in turn connects with me after she’s had her alone times.

In times of a quarantine when social interaction is limited, it’s important not to isolate yourselves further.  It’s vitally important for us to communicate with one another if we need hugs, space, kisses or conversation.

No matter how much “alone time” a person enjoys, we all need some amount of socializing. When this is not possible, feelings of isolation, anxiety and fear can squeeze like a vice grip.  So it’s up to each spouse to be attentive to each other’s needs.

Being around each other more can feel like your spouse is in front of you every turn you take.  This can feel a little like deja vu.  It’s important to be patient with one another and try to somehow have fun with these situations.

The most important way to survive a time of social distancing is to tell each other “I love you” often. These three words can never be said enough and are the foundation to Twobecomingwon!

What are other ways for a marriage to survive an increased time together?

So we thought we were ready to embark on the radiation pathway. Yep, I thought a one time procedure of pellet implantation was very desirable over 40 external beam treatments. This would be much less disruptive to my schedule.

Furthermore, I had a conversation with at least two people who either had external beam or pellets with external beam. But before I committed to any type of treatment, I was still confused about what I had heard at one of my urologist appointments regarding my Gleason 7 score. This was confusing to me. But after doing some research, it seems that even if most of the core specimens are 3+3 and only one is staged at 3+4=7, the person is staged according to the higher number. 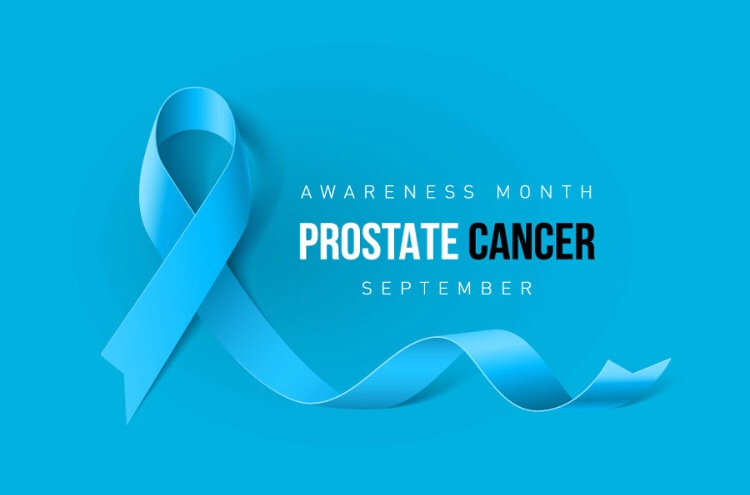 So the Gleason system is based on the assumption that the higher number is representative of what’s actually occurring. Here I am thinking that sine most of the core biopsies were a Gleason 6, that’s what was representative of the cancer. Oops, I guess NOT!

Oh well. I had to stay on track. I had to keep moving forward. So next stop on this train was an appointment with the oncologist at the cancer center. I was ready. My wife and I had discussed this and made up our minds on the treatment plan and was ready to go and get this radiation thing scheduled and started. But I could not have been less prepared for what came next.

So through a friend, I was able to speak to a gentleman who had a history a higher Gleason score and went through both brachytherapy and external beam treatment. And he was doing well with minor side effects. So after this conversation I was encouraged and ready to go forward. So I thought.

After this conversation, my wife and I met a couple who were nutritional vendors promoting a vegan lifestyle. The gentleman had a significant history of prostate cancer, however, his had metastasized. He underwent both surgery, testosterone suppression therapy and radiation. He shared research information about how a diet free of animal products and low in saturated fats, was known to protect against prostate cancer and actually reverse the process.

The name that stuck out the most during our conversation was Dr. Dean Ornish. He authored a study in the Journal of Urology, which detailed the effects of an “intensive lifestyle change” on men with early, low grade prostate cancer. The study showed that the PSA revealed a 4% decrease on the experimental group versus a 6% increase in the control group. Furthermore, there was an decrease in the growth of cancer cells of up to 8 times as much in the control group.

This sounded groundbreaking! But was it truly real science? This may not be mainstream, I thought, but certainly worth some attention. Furthermore, Dr. Ornish may not be a cardiologist or nutritionist, but even the American Cancer Society recommends a reduction of saturated fats and reducing red meats.

Although this gentleman had some side effects, his claim was that they were improved with a vegan diet. Although I was not totally ready to bet the farm on these claims, it was clear that there were at least anecdotal evidence. So we did research on a vegan diet and decided to adopt this practice. I had nothing to lose. And my wife, in a demonstration of love and support, decided to adopt this lifestyle with me. (Mostly because she’d be doing the cooking anyway. LOL)

Our hope and prayer was that God would use this change in diet in conjunction with the upcoming radiation treatments to give me good outcomes. But wasn’t totally sure if this was my treatment option for sure. I still had a consult with the Cancer Center.