So we thought we were ready to embark on the radiation pathway. Yep, I thought a one time procedure of pellet implantation was very desirable over 40 external beam treatments. This would be much less disruptive to my schedule.

Furthermore, I had a conversation with at least two people who either had external beam or pellets with external beam. But before I committed to any type of treatment, I was still confused about what I had heard at one of my urologist appointments regarding my Gleason 7 score. This was confusing to me. But after doing some research, it seems that even if most of the core specimens are 3+3 and only one is staged at 3+4=7, the person is staged according to the higher number. 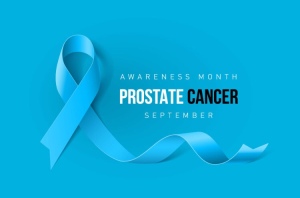 So the Gleason system is based on the assumption that the higher number is representative of what’s actually occurring. Here I am thinking that sine most of the core biopsies were a Gleason 6, that’s what was representative of the cancer. Oops, I guess NOT!

Oh well. I had to stay on track. I had to keep moving forward. So next stop on this train was an appointment with the oncologist at the cancer center. I was ready. My wife and I had discussed this and made up our minds on the treatment plan and was ready to go and get this radiation thing scheduled and started. But I could not have been less prepared for what came next.