The fourth sign that your marriage could be in trouble is if couples have lack of intimacy. Now intimacy involves much more than sex. Although sex is important in a marriage, it’s definitely not the only thing that will keep the marriage together.
However, scripture does point to the importance of physical aspect of intimacy in the marriage relationship: 1 Corinthians 7:5, “Do not deprive one another, except perhaps by agreement for a limited time, that you may devote yourselves to prayer; but then come together again, so that Satan may not tempt you because of your lack of self-control.”
‭Webster’s defines intimacy as “a state marked by emotional closeness,” and “a quality suggesting closeness or warmth.”

So, intimacy also involves hugs, hand holding and my wife’s favorite, “cuddling” in the morning. That may be why I’m always rushing out the door, LOL. These are all examples of showing affection and are extremely important and necessary for a marriage relationship. 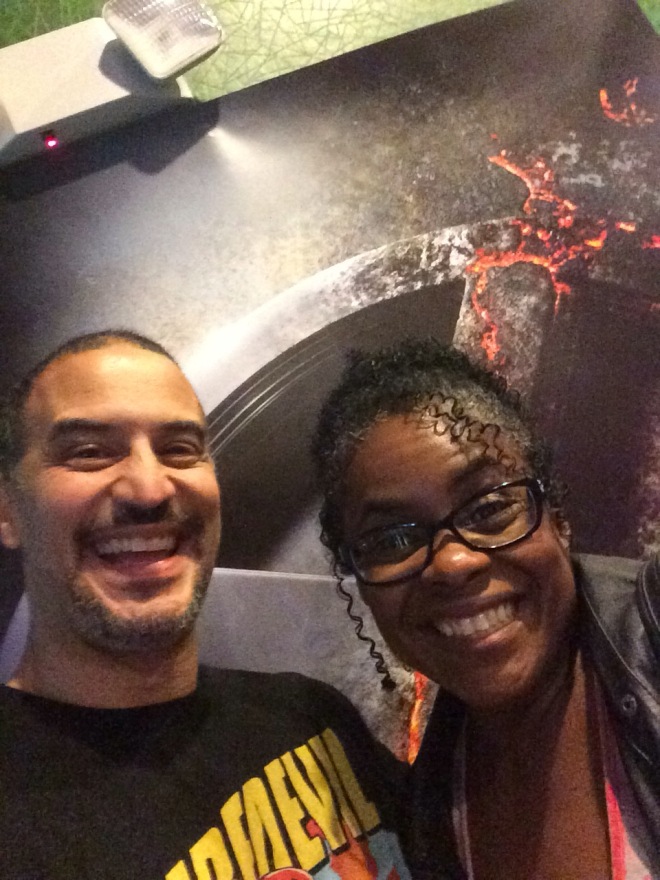 Therefore, intimacy, although physical, also refers to the emotional side of the relationship, which has to do with sharing the our deepest thoughts making one’s self vulnerable. This is the stuff that “woness” is made of.

What are your thoughts?

The third sign that a marriage may be in danger is if couples invest more in their kids than in their marriage. Soccer, football, cheerleading, gymnastics. These are all good things. But if mother or father are spending more time in these activities than in maintaining their marriage, that relationship will suffer. It can be challenging to keep connected in the midst of these activities but couples must find a way. Not only will it make the marriage stronger, it will also be a model for the kids to see that their parents value their marriage.

Sometimes this may even mean forsaking some activities. I know that’s not a popular thing to say in a day and time where everyone thinks that their kid is the next Tiger Woods or Steph Curry, but if one less activity helps a couple remain engaged then that should be a priority.

However, there are different ways to make a marriage work in the midst of activities. It takes creativity, desire, and an understanding that two cannot become “won” without investing time, energy and love.

The second sign that can signify danger in a marriage is if couples stop investing in each other. I presented this topic previously as reason for high divorce rates, https://twobecomingwon.com/2015/07/15/marriage-investment.

In order to get a return on any relationship there must be some sort of intentional investment. If the only time a husband and wife meet is after work in the evening’s for dinner, and the rest of the time is filled with children activities or home projects, there will not be much of a foundation to build upon.
We all have a need to feel loved, accepted and valued. This is especially important in a marriage. Failure to invest in these needs leaves your spouse’s “marriage bank” depleted. When the emotional needs bank is running in empty there is room for bitterness, resentment and lack of intimacy. When these items are continually deposited into this “bank,” disappointment and desperation can set in.

This can be, and usually is a slow fade. We will reap from a relationship what we sow. How are you investing in your marriage or relationship?

It was a clear but brisk day in the Fall. Everything was seemingly going well with Joe and Elaine. But on this day Joe entered the kitchen as one enters a theater knowing exactly where they will be seating. Noticing Elaine by the sink, he dropped the bomb; “I don’t want to be married anymore.” Elaine stood lifeless as if a news anchor had just announced that Mars was invading the Earth.

These are fictional names but the situation is only slightly altered. How could something like this happen? Is this even possible? Weren’t there warning signs?

The answer to all these questions is yes. As the old adage says, where there’s smoke there’s fire. Unfortunately, individuals in a marriage sometimes either ignore the “smoke” or have blinders tending only to the busyness of life.  As a way to bring some light to this scenario, I will be presenting 5 warning signs that a marriage may be in trouble.

The number one sign is if couples avoid discussing a difficult topic.

Sometimes couples find themselves in a precarious position of not wanting to discuss a difficult topic as if somehow, magically it will disappear.  This can be an unresolved argument regarding the house, work, kids, finances or a possible problem relationship with someone from the opposite sex.

Unresolved conflicts can fester and just like cancer, metastasize to all areas of the marriage relationship. Couples with healthy marriages leave no stones unturned when it comes to discussing the difficult things. They understand that the “woness” of a marriage depends on it.

I will be going into the other signs on the next few posts.  Feel free to add some other signs that you think are important.