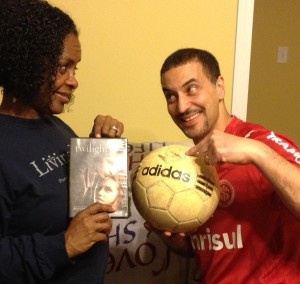 Everything that is worth having is worth working for. This old adage couldn’t be any truer than in the marriage relationship. In the context of marriage this “working for” can be labeled as sacrifice. Sacrifice has a bad connotation in our society when it comes to relationships because we are told to always look out for number one. But we admire those who sacrifice of themselves for others in other contexts- military, physicians, firefighters, etc.

When you sacrifice for someone, you show them love. And love is more of a verb than an emotion and therefore requires action. Love as a feeling is conditional and dependent on our mood or our feelings. True love however, should cause you act in tangible ways for the one you love. We think of our spouse’s well being first. True love requires sacrifice.

Men, by nature are explorers, conquerors, and protectors. The first two characteristics serve well in the context of dating. But when a commitment is made, when two truly become “won”, the role of protector should take over. As such, sacrificing of ourselves for our wives should come as a natural extension of who we are. When we sacrifice of ourselves for our wives, it communicates that they are important, that we care about them and we want what’s best for them. Sacrificing of ourselves more importantly puts us second. This is not only sacrifice, but it’s the basis of servant leadership.

What does sacrifice look like in the context of marriage you ask? Great question! Well, I can say I would watch “The Notebook” with my wife if she wanted me to instead of the World Cup but I would be lying! Just kidding. But really, there would be no way I could do that. That would be a disgrace to my Brazilian heritage! Ok, just kidding again. I think…

True sacrifice in marriage means that I would be willing to do whatever is needed for my spouse’s well being. That means I will be cancelling a planned golfing weekend to be with my wife after a stressful week. This means that I will leave work early to pick up and stay with the kids if she needs time with her friends. This means that I will wash dishes after she has cooked. And it definitely means that I will help her onto a boat if I sense danger in the water while snorkeling. … Well actually this is one area that I failed since I did the exact opposite when confronted with the same situation during our honeymoon. But to my defense, it was my first time snorkeling. Ha!

The real take home point here is that when we sacrifice for our loved ones we are really sacrificing for ourselves because in marriage two become “won.”